The competition for teenage photographers has started! We invite as many young people to enter and we look forward to seeing their photos and exhibiting them. The National Competition “The Most Beautiful Photographs of Adolescents – InstantAdolescența” (the best digital photos taken by teenagers with their phones, expressing originality, creativity and teenage hobbies; this edition’s theme: EU-RO-PA) debuted on March 1st and the deadline for entries is April 1st 2019.

Here are the details of this community project:

The Comedy Theater, The National Museum of Romanian Literature, UNESCO-Adolescents Club, in partnership with the Central University Library “Carol I” in Bucharest and Euro CulturArt association, are organizing Euro Fest-Teen / SALUT, ADOLESCENTA Festival between the 6th and 12th of May 2019, a cultural, artistic and educational program which marks the celebration of the 22nd edition of Adolescents Day, as it was promulgated on November 13th 1997 by the Romania’s President, Europe’s Day (May 9th) and the celebration of Romanian presidency at the EU Council.

“The Most Beautiful Photographs of Adolescents – InstantAdolescența” will be launched on March 1st 2019, the deadline for entries will be April 1st 2019, and judging will take place between 2nd and 10th of April 2019. The exhibition opening will take place on Thursday, May 9th 2019, at 17:00, at the Bucharest Municipality Museum (the Suțu Palace, 2 I.C. Brătianu Blvd.). The photographs will be selected and awarded by a jury presided by the visual artist Mihai Zgondoiu, together with photographer Andrei Runcanu and writer Dan Mircea Cipariu. Also, the winning photos will be published in the Antologia Rezidența LiterArt and the awards will be given on Sunday, May 12th 2019, on Adolescents Day, at 12:00, in the “Radu Beligan” Room of the Theater of Comedy (2 Sf. Dumitru Street), as part of the Gala “Salut, Adolescență!”/ “Hello, Adolescence!”. 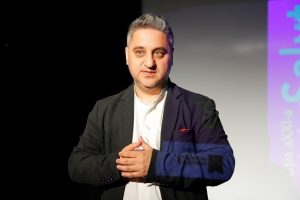 Dan Mircea Cipariu was born on September 7th 1972 in Bucharest. He graduated from the Superior School of Journalism in Bucharest and earned his BA at the University of Bucharest, the Faculty of Journalism and Communication Sciences. He debuted in the written press in 1988 (SLAST) and as a writer in 1999, with his book “Let’s meet on the website Saturday evening” (Libra Publishing House). He is a member of the Writers’ Union of Romania (USR) and the Managing Committee of USR. In 2007, his volume of poems “Tsunami”, Brumar publishing house, 2006, was given the Award of the Bucharest Association of Writers. His most recent book “Loneliness comes on facebook”, Tracus Arte publishing house, 2012. He is the founder and president of EURO CULTURART Association, which organized, among others, the International Biennial of Experimental Engraving, 3rd edition, March 29th – April 27th 2008. He was the curator of some exhibitions in Bucharest and New York signed by some of the most important young visual artists in Romania: Mihai Zgondoiu, Francisc Chiuariu, Cristian Răduţă, Albert Sofian, Irina Tănase, Florin Tomescu, Bogdan Raţa, Miruna Moraru, Adrian Sandu, Anamaria Şerban, Daniel Brici, Virgil Scripcariu, Aurel Tar, Adrian Alexandru Ilfoveanu, Peter Madaras and Dan Vişovan. He is the director of www.agentiadecarte.ro, a virtual space which presents daily events in literature and art.

Andrei Runcanu was born in Cluj and spent his childhood in Târgu-Jiu, but graduated from the National University of Theater and Film in Bucharest, after a very succesful career in IT which began with school Olympiads and ended suddenyl with an engineer diploma from the Faculty of Computers at “Politehnica” University in Bucharest. He activates in the second area he studied, but is also known as photographer, something he was passionate about since childhood and which slowly but surely became a second job.

He published his work in local and international magazines, as well as in photography exhibitions. 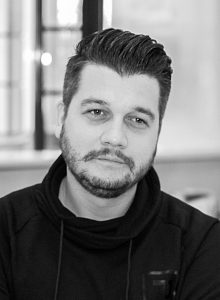 “There aren’t any rules for taking good photos, there are only good photos” (Ansel Adams)

We know how much you enjoy photographing special or funny moments in your life. We also know that most of the time you only have your mobile phone at hand. That is why the “Salut, Adolescență!”/ “Hello, Adolescence!” Festival challenges you to take part in a competition of photos taken with the mobile phone.

Enter an original photo in the competition and you can win cool prizes.

Read the rules below and apply here.

The photos have to be sent via the form published on the website.

The photos have to be .jpg and no bigger than 5MB.

The file’s title must contain the author’s surname and name and title of the photograph.

The competition will have just one category: digital photographs taken with the mobile phone.

The competition only accepts original photos, taken by the entrants.

The organizers are not liable for any photos illegally claimed by the entrants.

The entrants consent to their photos being posted and used on ziua-a.ro website and to being projected during InstantAdolescența Gala.

The entrants retain their copyrights of the images. In order to publish the photos, please contact the authors.

The judging criteria are creativity, originality in approaching the given theme and teenage hobbies, as well as adequacy with the competition’s theme (Like!).

Each contestant can only send one picture.

Contestants must still be in high-school.

Relatives (up to 3rd degree) of the members of the jury are not allowed to enter the competition.

The competition doesn’t accept photos which: do not belong to the contestant, are violent, obscene or slandering, promote racism or any kind of discrimination, bring prejudices of any kind to a person.

Best of luck to the contestants!

Administrează consimțămintele pentru cookie-uri
To provide the best experiences, we use technologies like cookies to store and/or access device information. Consenting to these technologies will allow us to process data such as browsing behavior or unique IDs on this site. Not consenting or withdrawing consent, may adversely affect certain features and functions.
Manage options Manage third parties Manage vendors Read more about these purposes
Vizualizează preferințele
{title} {title} {title}