Micro-exhibition opening: “Wallachia’s Currency during the Time of Mircea the Elder” – at the Suțu Palace 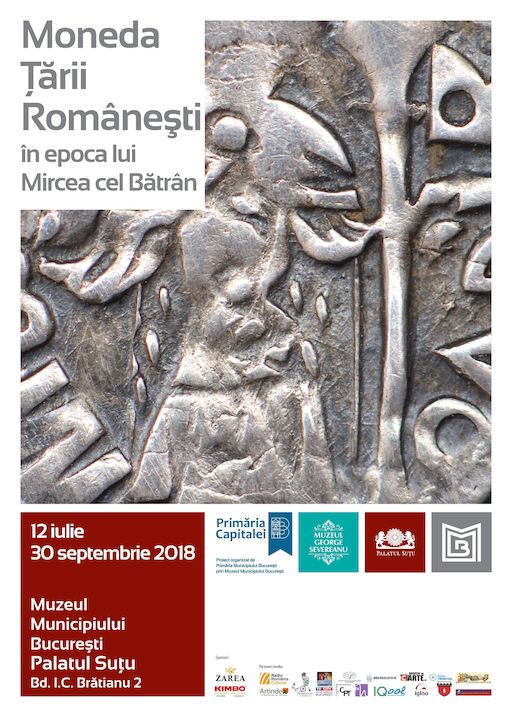 The Bucharest Municipality Museum cordially invites you to attend the opening of “Wallachia’s Currency during the Time of Mircea the Elder”, a micro-exhibition which will take place at the Suțu Palace on Thursday, July 12th 2018, 6:00 PM.

The time of Mircea the Elder marks the progressive strengthening of the mediaeval state of Wallachia, a time when many important economic changes took place and when the political, social and spiritual structures were formed. The economic progress of Wallachia is attributed to the development of agriculture and trades and to growing commercial activities. During this time, with regards to commerce, the Principality was a land of transit between the Levant and central Europe. The intensifying of commerce obviously influenced money flow, and the relation between the currency in use and the trades taking place was linked to Wallachia’s place on the European commercial scene.

The expanding of the economic and political spheres through international treaties during the time of Mircea the Elder, and implicitly the role of Wallachia within international commerce, led, on one hand, to the pervasion of foreign currencies in the Romanian space, and on the other, to the use of the Romanian currency outside of the state’s borders.

With regards to Wallachia’s own currency during the time of Mircea the Elder, the coins in use were the ducat and the ban, as well as the currencies of former rulers Vladislav I, Radu I and Dan I. The multitude of money types issued by Mircea the Elder, revealed by written documents and especially by archeological findings, prove an intense flow of these issues, a process favored by both the economic impulse and the general progress of Romanian mediaeval society, a progress started during the time of ruler Nicolae Alexandru. The issuing of a Wallachian currency started with the reign of Vladislav I and continued uninterrupted until Mircea the Elder, representing an act of soverignity and independence, but also an economic necessity that proved the growth of coin based economic exchange and the need to increase the issue of coins. This cash growth was determined in part by the developing commercial activity during the time of Mircea the Elder and also by the maintenance needs of the army that the voivode depended on for his battles to defend the country against the Otomans and to maintain his power.

The beginning of 2018 marked 600 years from the death of voivode Mircea the Elder, a moment commemorated by the Bucharest Municipality Museum through this themed exhibition opened at the Suțu Palace, which presents the great ruler’s coin and the currencies of his time. Having a vast numismatic heritage at its disposal, the Bucharest Municipality Museum offers the visiting public the chance to get acquainted with the mediaeval coins in the “Maria and Dr. George Severeanu” collection and the “Numismatic” collection.